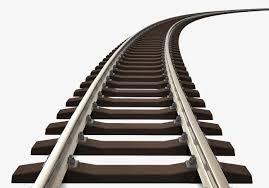 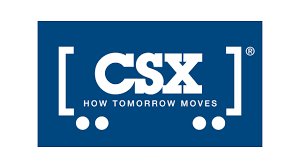 CSX Corporation, together with its subsidiaries based in Jacksonville, Fla., is one of the nation’s leading transportation suppliers. The company’s rail and intermodal businesses provide rail-based transportation services including traditional rail service and the transport of intermodal containers and trailers.

Overall, the CSX Transportation network encompasses about 21,000 route miles of track in 23 states, the District of Columbia and the Canadian provinces of Ontario and Quebec.  CSX transportation network serves some of the largest population centers in the nation. Nearly two-thirds of Americans live within CSX’s service territory.  CSX serves major markets in the eastern United States and has access to over 70 ocean, river and lake port terminals along the Atlantic and Gulf Coasts, the Mississippi River, the Great Lakes and the St. Lawrence Seaway. The company also has access to Pacific ports through alliances with western railroads.

CSX moves a broad portfolio of products across the country in a way that minimizes the effect on the environment, takes traffic off an already congested highway system, and minimizes fuel consumption and transportation costs.

The Paducah & Louisville Railway is a full-service, 265-mile, regional railroad with alpha code of PAL and numeric code of 907. We connect directly with four of the seven North American Class I carriers (the BNSF, CSXT, CN and NS). We interchange unit coal trains with the UP and connect with regional railroad (INRD) and two short lines (the LIRC and FVRR).

P&L services are further enhanced by our geographic proximity to the nation’s highway and inland waterway systems. P&L has a close relationship with water carriers and serve several rail-barge-rail transfer facilities on the Ohio and Tennessee Rivers. Several bulk terminals, warehouses, and transload facilities are located on our line.  Several sites are available for new industrial development along our railroad.

These many connections provide our customers with rate and route alternatives and the PAL provides the flexible, responsive rail service they deserve.  P&L utilizes our local knowledge and expertise and work closely with all our transportation partners to secure the best possible price and service packages.

P&L rail line, buildings, locomotives, car fleet, and communications systems already enviable among regionals are maintained to high standards and are continually upgraded. We handle a broad range of commodities, serve over 90 industries, and handle approximately 200,000 car loads annually, originating or terminating 99% of these loads.

The Paducah & Louisville Railway is a privately-held Kentucky corporation and subsidiary of P&L Transportation, Inc., a Delaware corporation.